Britain's International Image is in Tatters. It Falls Upon Us as Young People to Start Fixing It.

My relationship with Brexit is a lot like my relationship with the Walking Dead. In its early stages, I was impassioned and fascinated despite being utterly horrified. Now, with the coming and going of one repetitive, amateurish episode after the other, I remain gripped by nothing more than a nihilistic desire to ‘see what happens next’. It won’t come as much of a surprise to find out that this view is widely shared by our European counterparts; they too are frustrated and indeed bored by the relentless tedium of the ongoing negotiations. And just like us they can do nothing but shout from the audience as the pantomime is played out before them.

My experience living in Spain has shown me that, while those who have visited Britain tend to speak highly of their experience, the outward image that our country projects is that of a stubborn, ignorant former imperial power who expects the world to bend the knee to its wishes and accommodate its needs. We simply cannot let the governing class of this country continue to dictate how we are perceived by the rest of the world. Just as it has fallen upon us to lead Britain’s fight against climate change, as young people we must now start taking responsibility for cleaning up our damaged international image. 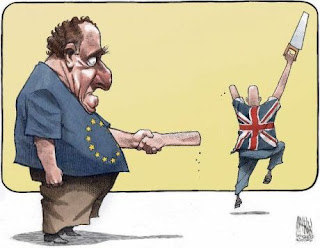 As I’m sure you can work out from the chirpy tone of that opening gambit, I am somewhat bemused by the daily stories emerging from Westminster.

The way our politicians have conducted themselves (with obvious and notable exceptions) has been a national disgrace. Tribal politics and big personalities have opened up huge rifts within both of the main parties, whose positions have been as coherent as Boris Johnson after six pints of Buckfast. For three years he and a host of other hard-Brexit cronies including the slippery lips of Michael Gove (a separate entity to the man himself) and the lazily written Sherlock Holmes villain, Jacob Rees-Mogg, have lived comfortably inside a Union-Jack-adorned bubble. There they continue to float, cheerily distant from reality, something they lost touch with long ago.

The pompous, self-entitled manner in which the Tory government has carried out negotiations, hindered constantly by shameless, opportunistic plotting within its upper ranks has made us an embarrassment in Europe. Yet its task was doomed from the start because our aforementioned friends promised the British people something that is fundamentally impossible to deliver.

We should, then, be able to look to the opposition for some clarity, for some sanity. Apparently not… In recent months Jeremy Corbyn has resembled a political vulture, circling in the sky waiting for the dying bleat from Theresa May’s beleaguered premiership.
“I could negotiate a better deal!”, he squawks. His arrogant, indecisive and equally opportunistic behaviour is sure to isolate him from many of his young supporters. 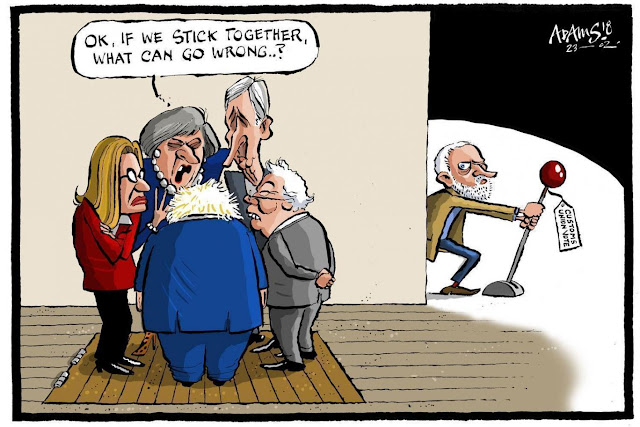 Together, they have left us staring off the cliff-edge of a no-deal exit from the EU.

We’ve signed, we’ve marched, we’ve written witty banners but, like the season finale of the Walking Dead, the shit-show that comes next is simply out of our hands. So, for those of us who feel betrayed by this whole debacle, what can we do?

Unfortunately, for whatever reason, our fight against Brexit has not been so widely publicised in Europe until recently. Of course, from a European perspective, Britain typically plays the antagonist in the unfolding drama, red-faced and stroppy at not getting things her own way. As a result, I am often greeted with a certain degree of surprise when I express my firm pro-European position. While this is always likely to be the case (the media tends to frame the situation in the most easily digestible way), the image of Britain as a more isolated, self-absorbed figure predates Brexit.

Brits have often struggled to integrate in Europe. And while our doors are open to hundreds of thousands, we send a lower proportion of students abroad than most of our Western European neighbours. A 2018 survey of students by the British Council found that just 18% of respondents expressed an interest in studying abroad. 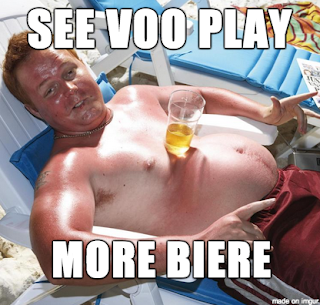 It is not just an issue of the amount that we interact with our neighbours but also how we interact with them. Every tourist is a cultural ambassador for their country, from a Parisian artist sketching the British countryside to a Brummie geezer on the strip in Kavos.

To integrate with people it always helps to talk to them. Out of 28 member states, the United Kingdom has the lowest percentage of people who speak a second language. For the most part, this can again be attributed to political failings; inept education ministers (Nicky Morgan, Michael Gove, the list goes on) and constant shifts in policy. But not entirely. Of course, English is the most widely spoken language across the EU, but this has made us complacent. And rather than acknowledging the remarkable skill that it represents, it is too often simply expected that a European will speak to us in our native tongue.

Obviously, when travelling, we cannot be blamed for wanting to chase the good weather. But so often this becomes our main, or indeed only, consideration. Spain is by far the most popular foreign holiday destination for Brits, yet we tend to flock to the beaches of the Tenerife, Mallorca or the Costa del Sol. There’s absolutely nothing wrong with sticking to what you know, but if we all stay sheltered by the relative safety of our comfort zone we will continue to strike an isolated figure in Europe.

Our politicians have made a mockery of Britain’s outward image. However, while their mistakes are irredeemable, the damage done is not irreparable. Yes, we made the mistake of not turning out in big enough numbers to vote in 2016. That is our burden to bear, and we must now start picking up the pieces of the ensuing mess, but it is hard to know where to start. Being receptive to new experiences is the key to changing how we come across. For those of you lucky enough to have the privilege, tear yourself away from the motherland for a few days and spend some time across the channel. It is easy to forget, amongst the xenophobia and bigotry, that your passport is still a visa-free pass to 27 countries. And if your heart is set on a Spanish beach, go to a Spanish beach, but go to Málaga, not Magaluf, Barcelona not Benidorm.

It is up to us to try and salvage something from this national disaster, whatever the eventual outcome. Because if we don’t, no one else will.